10 things that surprised me when I was in Canada.

I’m going to tell you 10 things that surprised me when I was studying abroad in Canada, but first, let me tell you a little bit about myself and my stay in Canada.

My name is Mao. I was born and raised in Japan. I went to primary and middle school in Japan, but I decided to study abroad in Canada for high school. I stayed in Canada for three years, when I was 15 to 18 years old.

I actually went to a secondary school in a city called Hamilton, Ontario, which is on the east side of Canada. Toronto was an hour ride from where I stayed. I used to go to Toronto on the weekends.

Some of my favourite memories are being on a dance team and show choir. I also did two school musicals. The first musical was Peter Pan and I played a pirate. The second musical was Tarzan and I played Tarzan!! Yeah, I was basically Mike Chang (from glee). haha

Now you know a little bit about me and my stay in Canada. Let’s move on to the main topic!

When I was in Canada obviously many things surprised me, so I’m going to share with you those things in 3 parts. 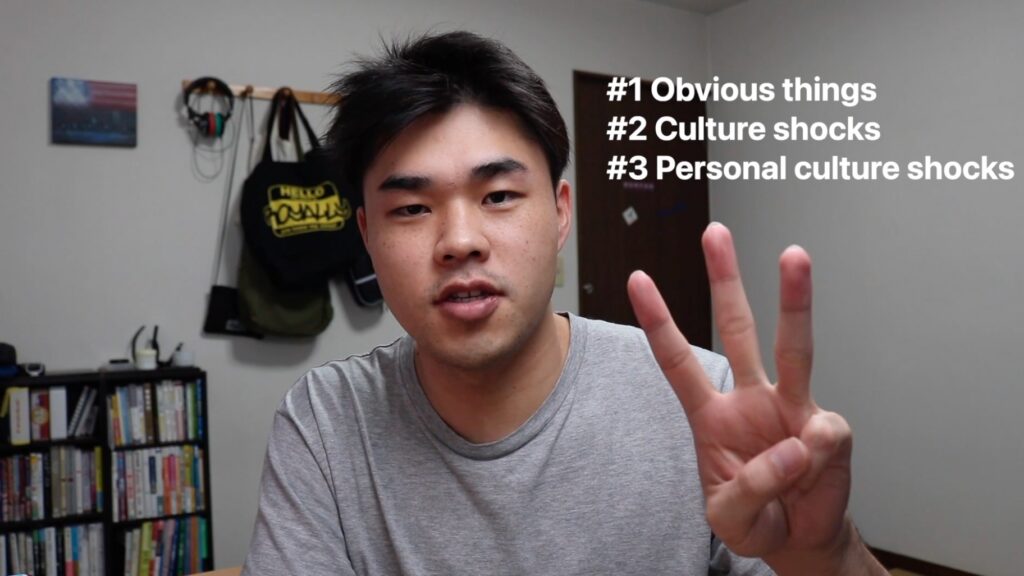 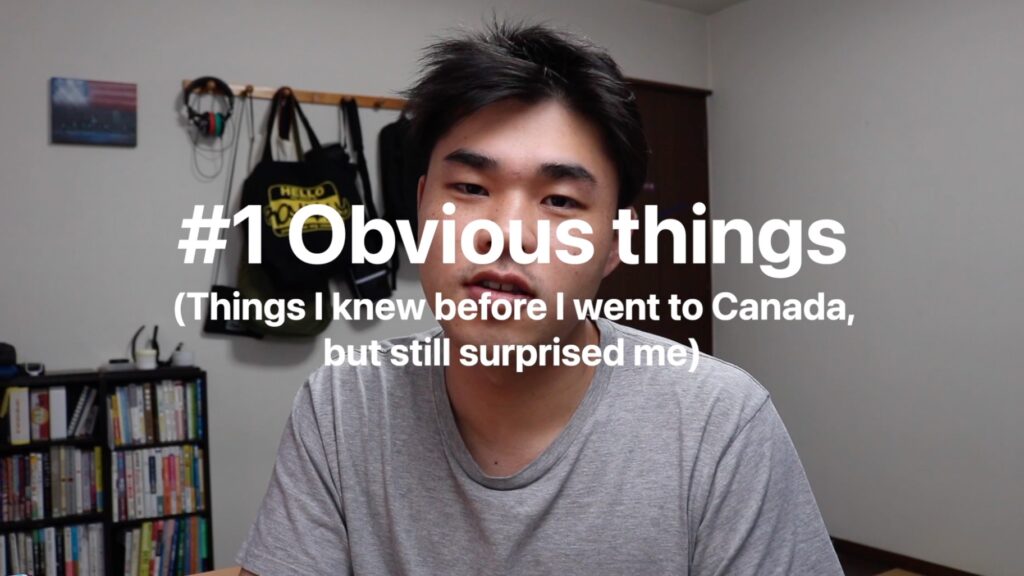 These are the things I knew but still were shocking.

Canada has different time zones within the country. This may be obvious to some people, but for me, it was SHOCKING because we only have one time zone or just one time within Japan, so wherever you are in Japan, the time will always be the same. That’s because Japan is a narrow country.

However, in Canada, if I wanted to call a friend in Vancouver from Toronto, I would have to check the time in Vancouver before I make the call.

So for me, it feels like the cars are on the opposite side. I mean I never drove in Canada, but still felt a bit weird.

I knew that the weather would be crazy in Canada for me at least, but I never thought that it would be that cold in the winter. During my first year in Canada, Canada had the coldest winter in 40 years or something and it was minus 40 degrees.

I felt like I was in a freezer. It wasn’t just cold, It was so cold that it hurt, so if you are to study abroad in Canada, my advice here is, buy a winter coat and a pair of boots in Canada. They are meant for the Canadian winter.

When I was in Canada, it was normal to pay the waiter 5 to 15% tip of your meal. I think the minimum has been raised to 10%. In Japan, we almost never tip the waiter. We just don’t have the custom in Japan, so when I first went out with my friends in Canada, it was weird to pay or leave the tip for the waiter on the table.

And even when I paid with my debit card, the little machine tells me to pay the tip. I got used to it over time, but tipping was one of the shocking things that I experienced in Canada. 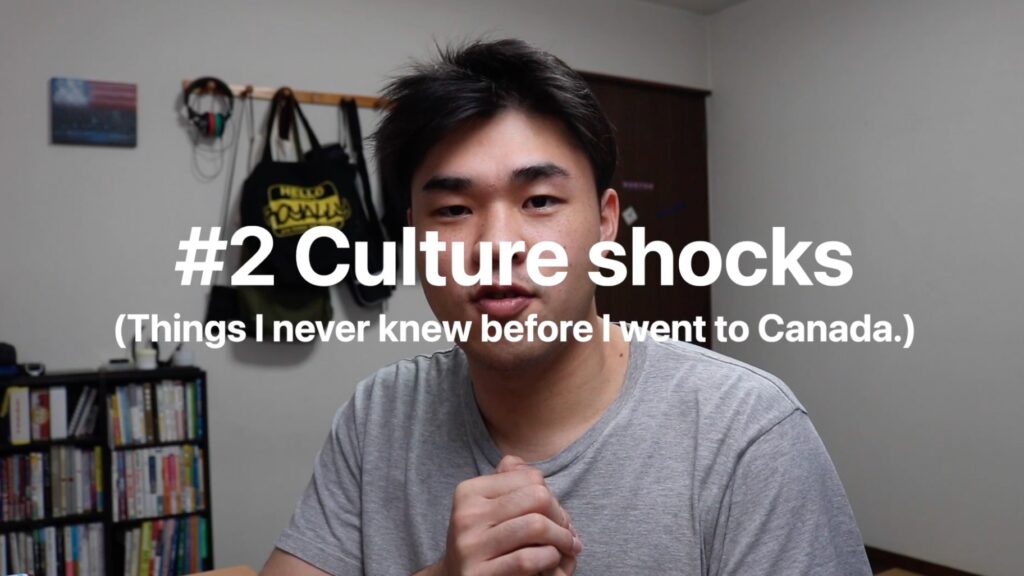 These are the cultural shocks that I experienced in Canada.

Here is a funny story. It is funny for me. I stayed with a host family during my stay in Canada. I had a host mom, host dad, host sister, host brother, and host nana. It was a big familly, but one day my host sister was in her bathing suit and I was like “Are you going to a pool or something?” and she went, “no, going to get tanned.” So I was like “What? Where?” and she said, “outside.” I had no idea what she meant back then, but there was a deck in the backyard and she was sunbathing and tanning there. I thought that was strange. Let me explain.

In Japan, especially women, do not ever want to get tanned. They like to have their skin whiter. That whiter skin is seen to be nicer for women to have in Japan. Nowadays, even guys use moisturizer for their faces, so tanning is considered one of the worst things that you can do to your skin, so that’s why it was strange for me.

I still don’t know why people want to get tanned though. Whether you are white or not, I want you to tell me why you or they want to be tanned. Do you just like the colour of your skin when tanned?

2. the names of the coins 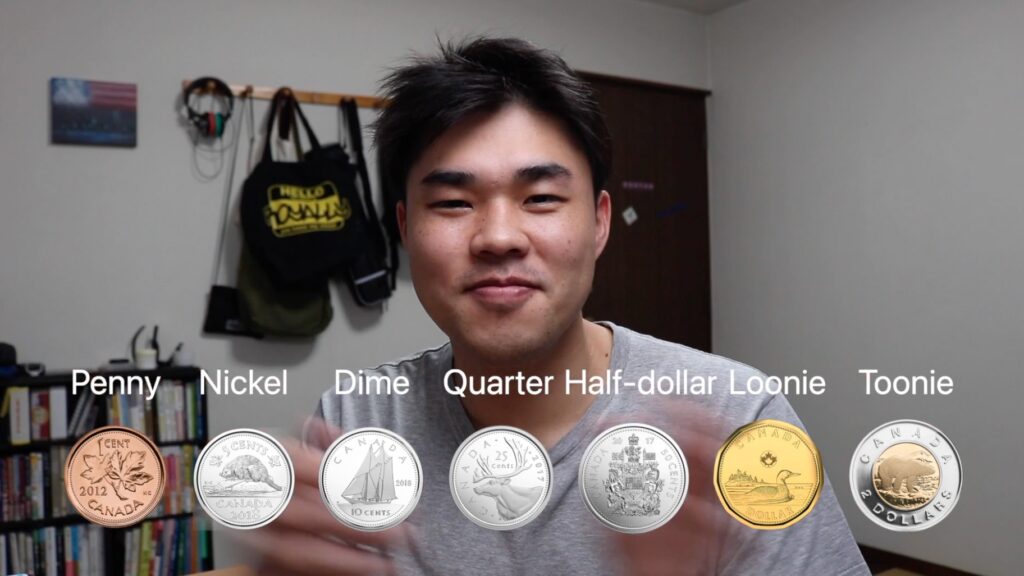 There are six types of coins in Canada.

Each of them has a unique name.

I remember when I was shopping or buying some food at a mall with my friends one day, and my friend was short of cash, and she said to me, “Do you have a loonie?” I was like, “what the heck is a loonie?” and she explained what those coins are called in Canada.

Now I know, but at first, I could not tell which one was a nickel or dime or whatever.

I was so surprised by how much people that I didn’t know, basically strangers, talked to me to have some conversations maybe when I was walking on the streets or just waiting in a line for something.

I mean I knew that people were more friendly and social in Canada, but it took a long time to get used to that. In Japan, we usually don’t have a small talk like ever with strangers, so small talk was definitely something new for me. 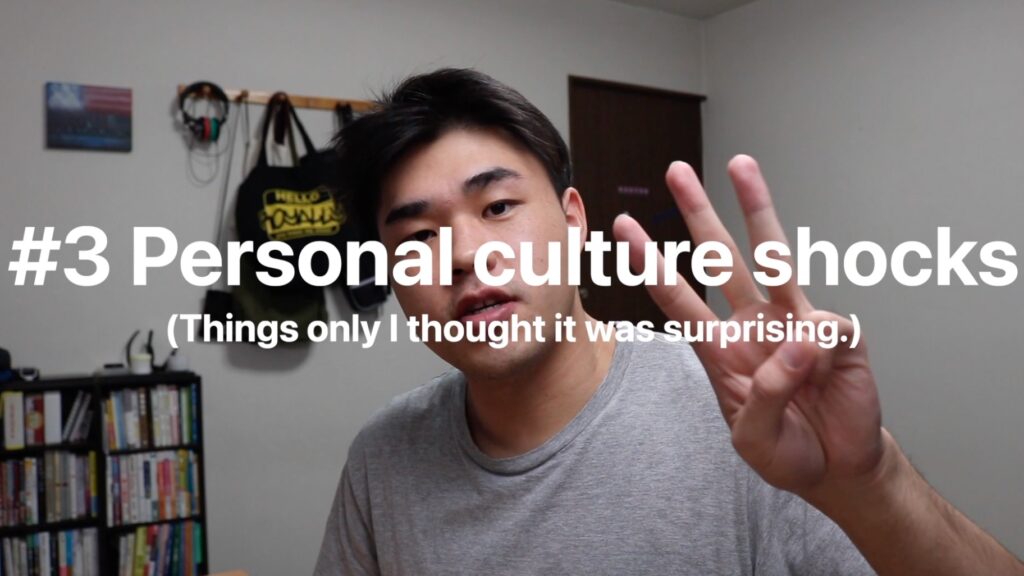 These are the things only I experienced maybe?

1. Teachers and students share their lighters to smoke cigarettes

I remember, one day when I was in the school library for a class or something. I happened to look outside for some reason and I saw my friend with a teacher that I knew outside were smoking cigarettes together, out of the school property of course. They are even sharing a lighter.

I went, “What in the world is that OK?” You will never ever see a high school student and a teacher smoke cigarettes together in Japan. Do you think it’s normal to do that in Canada?

Almost every person that I met in Canada carries and wears some kind of deodorant. That was shocking. You may be thinking,

that’s the reaction that I got from everyone after I told them that I don’t wear deodorant. I know that it’s weird not to wear deodorant in Canada, but for me, everyone wearing it was weirder.

I will wear it only when I’m sweating so much working out or something. I would say that most Japanese people don’t wear deodorant, so when I found out that everyone wears deodorant in Canada, I was like that’s crazy.

I have heard that the diet is very different between Japan and Canada, so that’s why we Japanese people don’t smell, but I don’t know if that’s true. – smell my armpit.

There are ketchup-flavoured potato chips In Canada. and it was my favourite!!!

I remember the day when I had ketchup-flavoured chips for the first time.

I think it was Lays. It was so good that I almost ate the whole bag, by the whole bag, I mean the family-size bag. It was that good. I am kind of sad that I can’t buy them in Japan, so please send me some if you live in Canada!